3D printers usually print relatively small stuff – certainly less than 1 meter in any dimension. Our own 3D printer’s largest build dimension is 320mm, and that is fairly common. There are exceptions, of course – these days you can 3D print a two-story house. But for most applications, if you need to make a part larger than your print bed, there will need to be some assembly of a number of parts.

In this rapidly developing technology, designing in bond-ability is likely to be behind functionality and aesthetics, so the assembly and bonding of the parts with adhesive can be tricky. The polymers used for 3D printing may be difficult to bond, with surface energies at the lower end of the scale.

3D printed assemblies are getting larger and more complex

Our latest case study describes how 3D print bureau Creabis GmbH was able to increase the structural strength of a fairing for a racing motorcycle by using plasma surface treatment. The increased bond strength is especially critical for long narrow joints where the available bonding surface is minimal. By using a Relyon Plasma piezobrush, they were able to increase adhesion; internal tests reveal that the components treated with plasma technology have an adhesive bond that is three times stronger than that of untreated parts. Good enough to withstand the stresses of going over 200 km/h on the track. 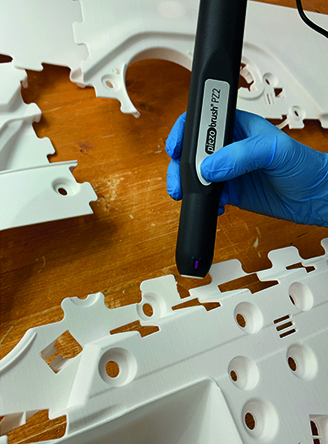 “The use of the piezobrush PZ2 now opens up possibilities for bonding individual parts that were previously unthinkable,” said Ralf Deuke, owner of Creabis GmbH.

P.S. If you need a structural adhesive for bonding 3D printed parts, let us know. There are quite a few potential options, include UV curing, two part epoxies and the latest cyanoacrylate adhesive technology. We can help. 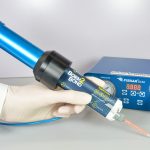 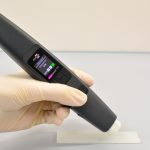 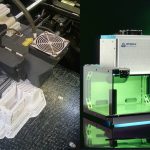 Shining a light on UV curing for 3D models 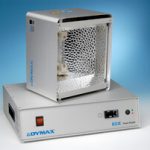