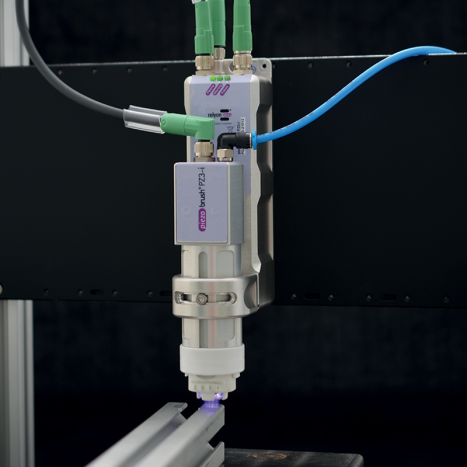 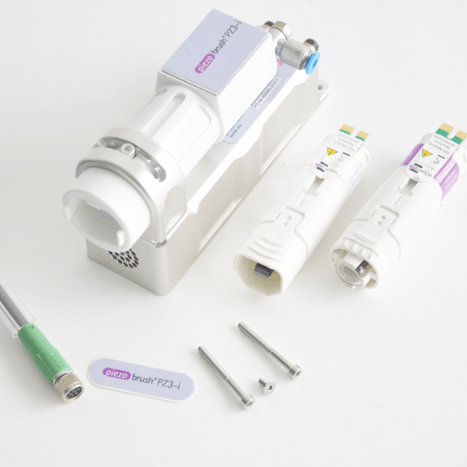 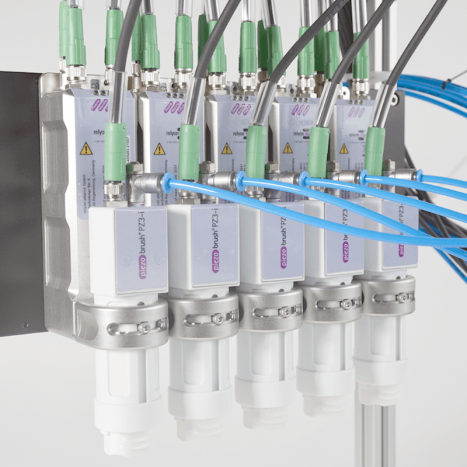 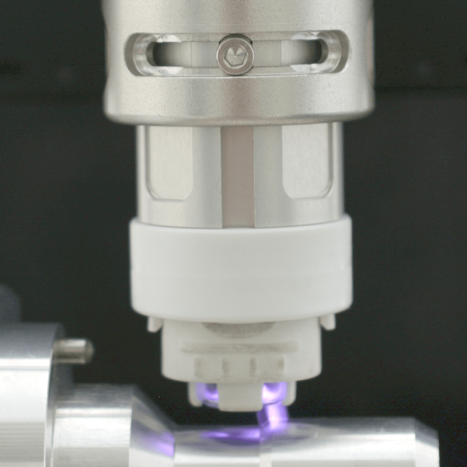 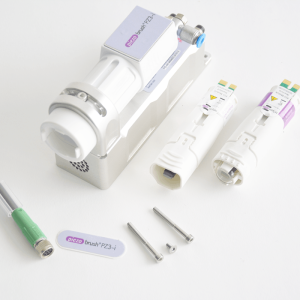 The Relyon Plasma piezobrush® PZ3-i cold plasma unit provides surface treatment and activation prior to bonding, printing or laminating. Based on the very successful handheld piezobrush PZ3, but built specifically for integration into new or existing semi-automated or automated production lines, the piezobrush PZ3-i combines the effectiveness of plasma surface activation for improved adhesion, wetting, and cleanliness of substrates, with the superior productivity and repeatability of automation and robotics. It is compact, lightweight, modular, safe and efficient – and can be quickly and easily integrated into production lines in partially or fully automated systems, or is stand mountable for benchtop use. The device is intuitive to operate and can be maintained without tools.

Using Piezoelectric Direct Discharge (PDD®) Technology, which has been developed by Relyon Plasma, the device transforms low input voltage into high electric field strengths, dissociating and ionizing the ambient gas (normally air, but other process gasses can be used). This process generates cold-active plasma at a temperature of less than 50°C, meaning that it can be used to treat temperature-sensitive substrates.

Capable of effectively processing areas at speeds of up to 150mm/s, the system allows the efficient treating of components without delaying subsequent processes, improving productivity. For an optimised process, the system’s digital IO gives power output adjustment and on/off function – allowing the pinning down of the process variables: position, power, air pressure and time.

Installation
One advantage of the piezobrush is that excitation of gas molecules is highly efficient and safe – but with a very high power density. In practice, a processing performance level is now achieved that had previously been possible only by means of considerably larger installations. The piezobrush PZ3-i does not require an elaborate infrastructure and is easy and intuitive to integrate and operate.

Should you require a purpose-built system for your semi-automated application, our technical team are able to integrate surface preparation equipment, dispensing valves and pumps, curing lamps and material feed reservoirs into an archytas enclosure, customised for your particular needs.

The piezobrush PZ3 is also available in a convenient and lightweight handheld format, granting the benefits of plasma surface treatment with several built-in process control features. 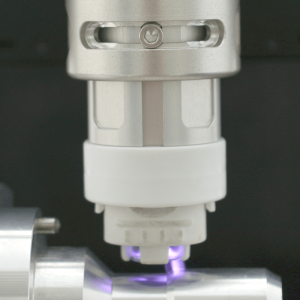 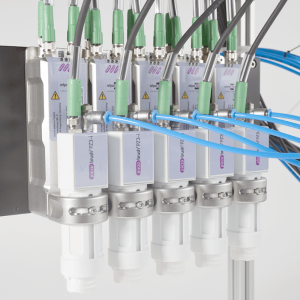 The Piezobrush PZ3-i is suitable for use in semi-automated and automated production lines in applications including:

The device detects which module is installed and automatically adjusts the parameters accordingly.

Find out more about the technology behind the PZ3-i by reading our technical bulletins and white papers: 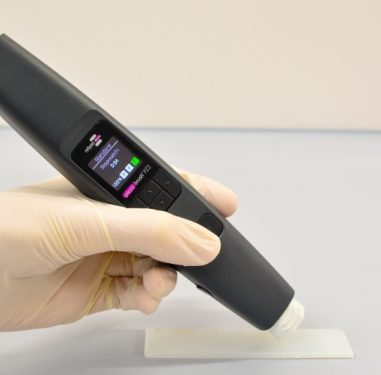 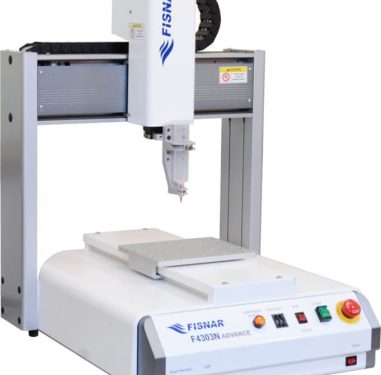 The Fisnar F4000 ADVANCE Series of Benchtop Fluid Dispensing Robots are compact, self-contained and economically priced. They are optimised for dispensing virtually all types of fluid material and can be automated for simple tasks as well as high volume production.