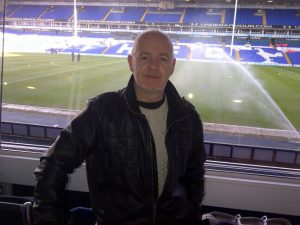 To celebrate this achievement, and to thank him for his hard work and dedication to the business, we sent him to see Tottenham Hotspur Football Club play a home game against Crystal Palace this weekend in the English Premier League. 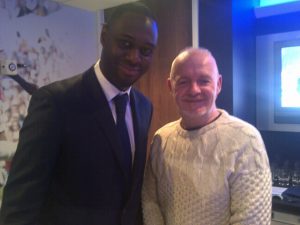 It wasn’t  an ordinary match for passionate Spurs fans John and his son Ryan. They were the guests of iconic Spurs and England footballer Ledley King, who entertained them for the day. John and Ryan watched the match from the Ambassador Box at White Hart Lane with Ledley, from where they saw Spurs win 2-0 – whilst enjoying the insight of the man whom Thierry Henry once described as ‘Europe’s best defender’. During the day they spent time chatting to Ledley about his career at Tottenham Hotspur – he joined the club as a trainee and rose to become Club Captain – and his 21 appearances for England.

We are delighted that John had such an enjoyable experience – he has been part of our team for a long time; a team dedicated to delighting our customers with great service.